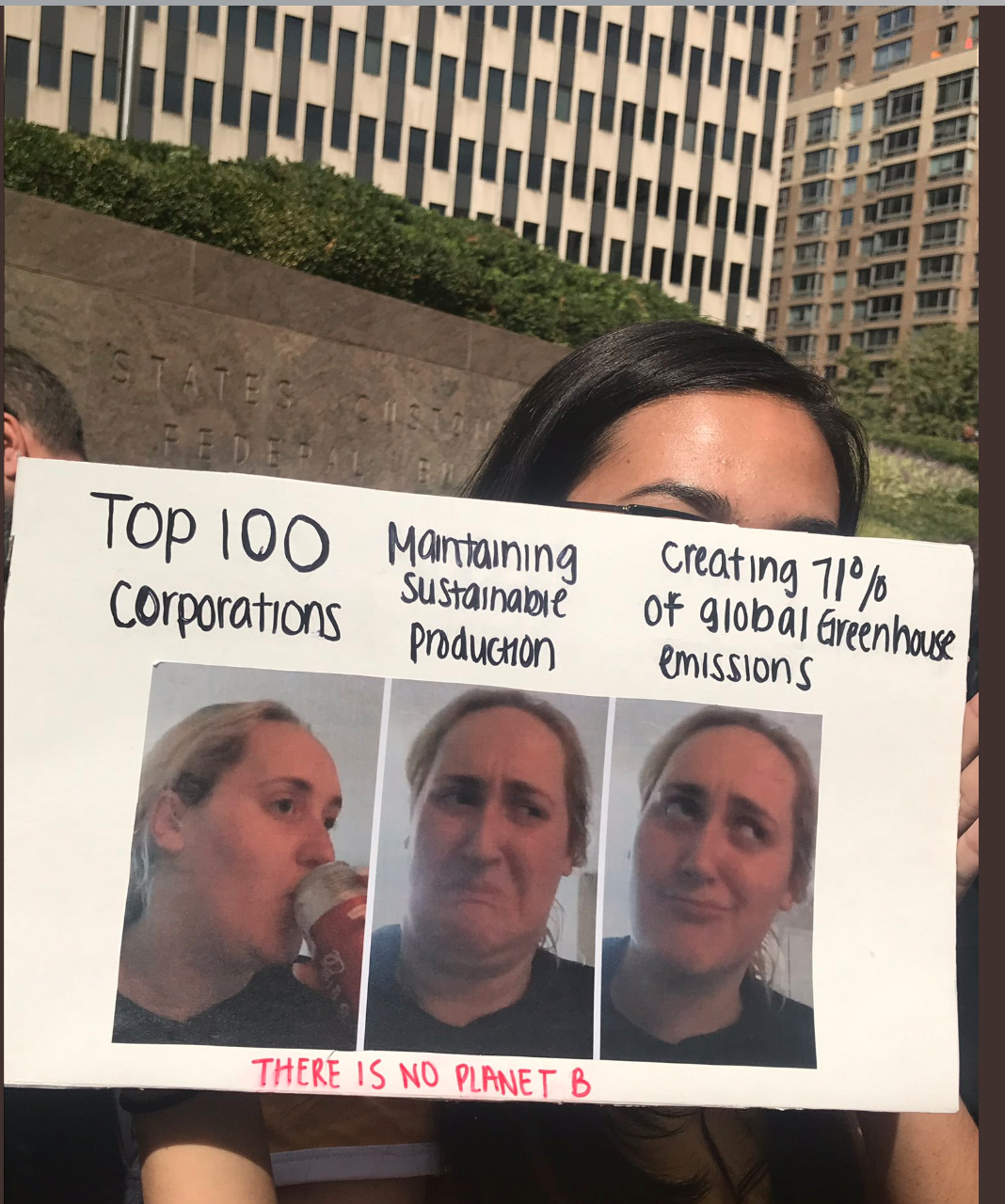 In many instances, indigenous people feel pressure from conservationists to “stay primitive” in order to be recognized as “legitimate habitants” of their own homes (Death Igoe, 2). The emergence of this cosmology gives hope to the removal of the hierarchy we see between nature and man today. Specifically, with the shifting perspectives of the new cosmology, the integration of the previously separated spheres of human and nature serves to benefit native peoples as well as the land and resources they depend on. A common narrative in indigenous histories is the repression of native practices by their colonizers. A prime example of this is the banning of cultural burning by the United States Forest Service on the west coast. This policy, in direct contradiction with native practices, along with climate change, has directly led to the devastation in California and Oregon.
By initiating a new contract with nature, humanity places itself on the same level as nature (Darier, 70). By looking at conservation as having a capitalist bias and seeing its effects on diverse groups of people, we can analyze basic steps that can aid us in making changes. Listening to diverse voices that shine light on new issues within conservation can allow us to recognize deeper problems and view conservation ethics as derived from social relationships (Death Igoe, 8). Additionally, we recognize the social and political relationships between people and their environments. As our perception of nature and the environment shifts from the sanitized image that has been fed to us by NGOs and multinational corporations, we can begin to change our relationship with nature and establish the new cosmology and begin to make meaningful change.

The topic of environmentalism consists of rethinking humanity’s relationships with nature and the values upon which that relationship is based (Darier, 65). The evolution of environmentalist and conservationist discourse has its roots in the catastrophe brought on by global capitalism and the advancement of technologies and methods of production (Darier, 67). Due to these forces, our conception of nature has increasingly shifted from being a “good, abundant, renewable commodity” which is “exploited for human benefit” (Darier, 66), to a perspective coined by conservationists and environmental activists as a “new cosmology” (Darier, 65-66). This cosmology requires a “holistic vision” of humanity’s relationship with the so-called environment, emphasizing the “interdependence of all physical, biological, social and cultural elements” (Darier, 65-66). This cosmology calls for humans to become consciously aware of their effect on the environment and the realization that nature and its resources are no longer something of abundance. In addition to this new cosmology, there needs to be a removal of death culture in relation to nature. Death culture is characterized as the idea of the existence of one concept essentially crushing another concept. In relation to nature, death culture is seen in scientist’s role in the attempt to master nature which can be seen in capitalist attempts at producing nature as a commodity (Darier, 66). This new cosmology is in sharp contrast with mainstream conceptions of nature which identifies the “natural” as “wilderness” and methods of mainstream conservation efforts reflect this perspective. While conservation has long been associated with “capitalist expansion,” a recent phenomenon is the prevalence of multinational corporations on the boards of NGOs (Death Igoe, 5). Additionally, many corporations have adopted conservationist rhetoric claiming “sustainability,” and “social corporate responsibility.” This shift in rhetoric is arguably meaningless. Capitalist’s minimal attempts at conservation is often simply a way to further monetize nature. This often comes in the form of conservation spectacle which is the idea that society needs to place higher value on clean water, clean air, and other untouched aspects of nature. However, capitalists do not see these aspects as, “profitable enough,” leading them to develop nature as liquid capital and further nature’s monetization (Death Igoe, 6). 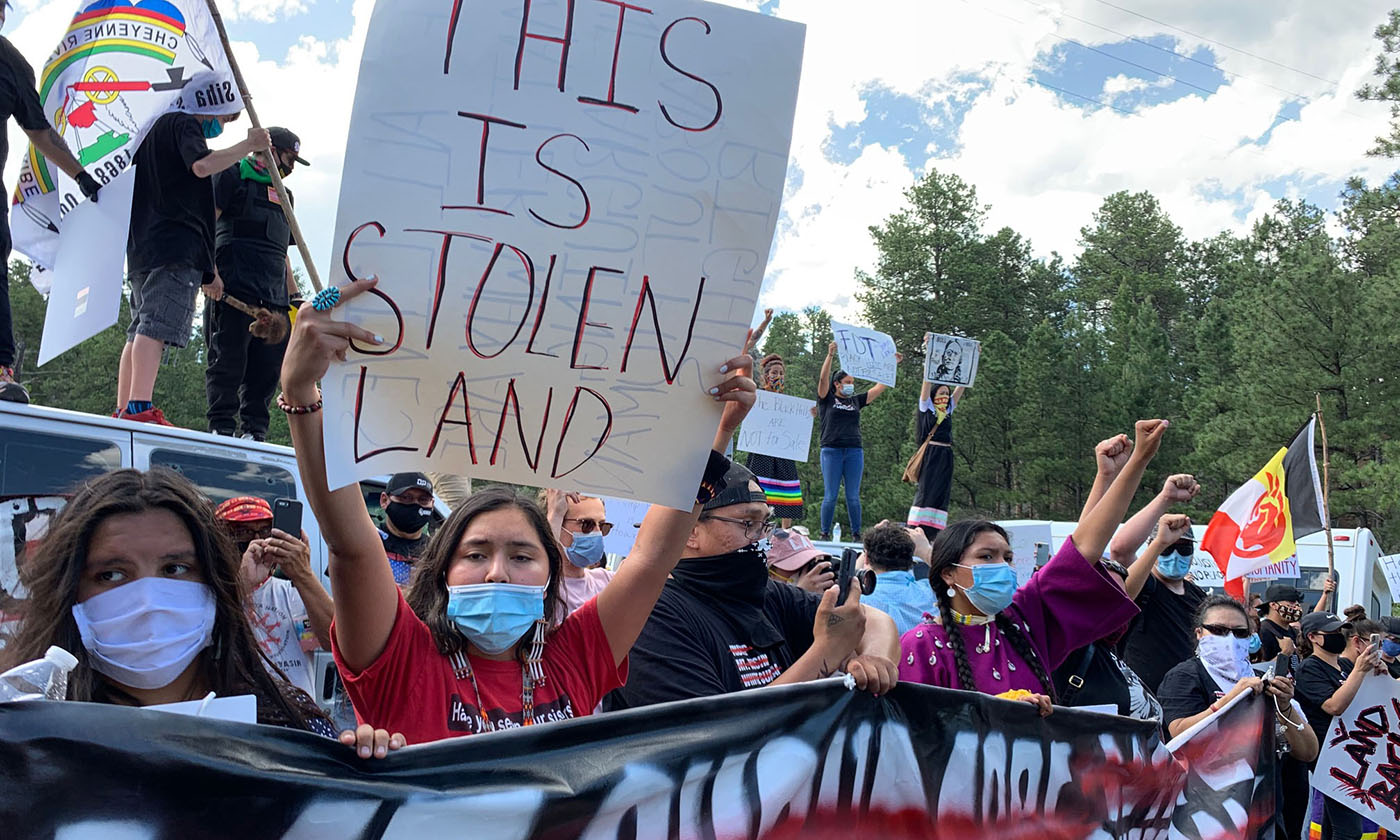 The alliance between corporations and conservationist NGOs serves to propagate mainstream conservationism which is often at odds with those directly affected by these policies. Indigenous people, for example, are often forcibly removed from their homes so that Western researchers and tourists can enjoy “preserved nature” that is frozen in time, and “untouched” by humans. This idea of untouched nature coincides with the idea of “first nature” that is discussed by Luke. First nature is the aspects of our environment that are independent of human management (Luke, 2546). This concept is a facade that is directly dependent on the erasure of indigenous narratives and existence (Death Igoe, 7). Indigenous people are often pushed to the side by conservationist scientists, who have very different conceptions of nature and the purposes of conservation. An example of this unjust removal of indigineous peoples is the well known “Trail of Tears” that was enacted by President Andrew Jackson in the 1830s. The Trail of Tears consisted of the forced removal of native people from land they had cultivated and lived on for generations for the purpose of white profit. Ultimately, many native people did not survive this removal. Throughout the past two centuries, more and more native land has been stolen for capitalist gain. Oftentimes, this removal of indigineous peoples coincides with the production of “wilderness.” This production was a direct result of the capitalist conditions that resulted from the industrialization of our society. As conservationist ideals have evolved, society has changed its views of nature as wilderness to viewing nature as a capitalist monetary venture (Death Igoe, 4).

Karoline Davis is a Senior studying International Public Policy, Middle Eastern Studies, and Arabic at Virginia Tech. Her research interests include critical theory, feminist theory, poststructuralism, secularism, and post-colonial theory. She also enjoys baking, hiking, and is currently engaged in a comparative study of the Egyptian Muslim Brotherhood and the Black Panther Party.